Stars and experts sign our open letter to Expedia Group

High profile supporters including Joanna Lumley, Deborah Meaden and Alesha Dixon have signed our open letter calling on Expedia Group to end the sale and promotion of tours and activities where captive dolphins are used for entertainment.

We urge Expedia Group not to be on the wrong side of history when future generations look back in horror at our ruthless exploitation of these highly intelligent and social wild animals. "

The letter which can be viewed here, argues that there are over 3000 dolphins held captive across the globe, Expedia Group are profiting from the suffering of at least 600 of them at over 50 entertainment venues1 where they are deprived of almost all their natural behaviours, from roaming widely and spending much of their time diving deep underwater, to living in a sociable ‘pod’ and hunting for food.

Travel companies have a unique opportunity to build back better from Covid-19, avoiding harmful and exploitative practices, but Expedia Group, one of the largest travel companies in the world, continues to cash in on this cruelty.

Joanna Lumley OBE FRGS, actress and author said, “Over the past year the world has experienced a taste of life in lockdown. But as life as we know it begins to slowly resume, for captive dolphins there is no reprieve, lockdown is for life. There are many responsible, safe, and sustainable ways to see these incredible animals in the wild where they belong.  That is why it is so important for all of us, and especially travel giants like Expedia Group, to do our part and support only responsible and ethical, wildlife-friendly experiences.”

Alesha Dixon, singer, author & TV personality said, “Globally, there's a rapidly developing realisation that we must move to a more sustainable and compassionate relationship with the natural world. Travel companies are in a fantastic position to champion this as a new and much needed norm. I urge Expedia Group to cut ties with activities that cause harm, and instead align with businesses and initiatives that help us to see and learn about wild animals responsibly in the wild, where they belong."

Over half of UK adults would back a ban

Our research recently showed over half (55%) of UK adults would back a ban on the sale and promotion of tickets to captive dolphin attractions. The majority (67%) think it is more educational to see dolphins in their natural habitat than in a captive facility while almost one in ten (9%) had visited a captive dolphin attraction in the past and regretted it afterwards.2

The UK Government recently announced its Animal Welfare Action Plan, including an Animals Abroad Bill setting out a proposed ban on advertising and offering for sale of specific, unacceptable practices abroad such as elephant rides. It is hoped that this will be extended from elephant to include captive whale and dolphin entertainment venues.

Katheryn Wise from World Animal Protection, said, “We urge Expedia Group not to be on the wrong side of history when future generations look back in horror at our ruthless exploitation of these highly intelligent and social wild animals.

“There has not been a dolphinarium in the UK since 1992. We are now seeing an increasing number of countries implementing bans on keeping whales and dolphins in captivity and travel trade associations categorising captive dolphin entertainment as unacceptable. Not to mention the numerous travel companies around the world who have pledged never to sell captive dolphin venues or have stopped selling them including Booking.com, Tripadvisor, Virgin Holidays and Airbnb. Expedia Group is clinging to a cruel and outdated practice that belongs in the past.”

No excuse for the cruelty to continue

We’ve been calling on Expedia Group to acknowledge their role in driving this cruel and exploitative industry since 2019, when we launched the Behind the Smile report, profiling the multibillion-dollar dolphin entertainment industry and revealing the role of travel companies in upholding the captive dolphin sector.

325,000 of you who have already signed the petition

As travel resumes we are again urging the travel giant to listen to the hundreds of thousands  of you who have already signed a petition asking them to move away from harmful interactions with dolphins and sell only ethical dolphin-friendly experiences.

Tourists are told that captive dolphin shows, and experiences are cruelty-free, educational and good for conservation efforts. In reality dolphins are either mercilessly hunted from the wild, or born in captivity; they are then kept in tiny concrete tanks and condemned to a lifetime of forced breeding, forced and unnatural social groupings, early separation of calves from mothers to train them, a diet of frozen dead fish that lacks nutrients and even adequate water content and deprived of food to make them hungry enough to perform tricks.

The rise of ethical alternatives, including responsible and sustainable wild whale and dolphin watching, means there is no excuse for travel companies to be selling tickets to cruel, outdated attractions that force dolphins into a lifetime of lockdown.

Join the movement to call on Expedia Group to end the sale and promotion of venues that use dolphins for entertainment, so that we can ensure this is the last generation of dolphins in captivity.

1 Behind The Smile Report, World Animal Protection, 2019. Figures updated in 2021 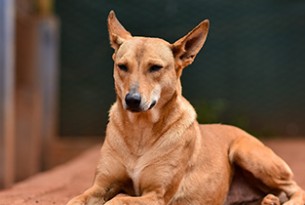 Letter to the British Prime Minister and Foreign Secretary 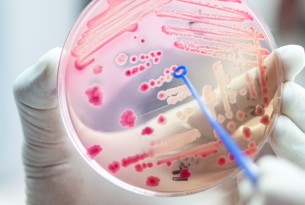