Closing up on selfie suffering

Sloths handled relentlessly, dolphins harassed in the water and a manatee confined to a tiny tank, are just some of the shocking incidences of cruelty uncovered by our investigators.

This unacceptable animal suffering is documented in our report ‘Close up on cruelty’, launched in October as part of our Wildlife. Not Entertainers campaign. And our research shows that without appropriate action from governments, tour operators and tourists, this type of wild animal exploitation is only likely to increase. This is due to the increasing demand for selfies with wildlife to share on social media platforms like Instagram, Facebook and Twitter, says Cassandra Koenen, our head of wildlife campaigns.

“We discovered that there has been a 292 % increase in the number of wildlife selfies publicly posted on Instagram since 2014. One quarter show people behaving in ways that could cause the animals harm. This includes getting too close, hugging them and other inappropriate handling.” 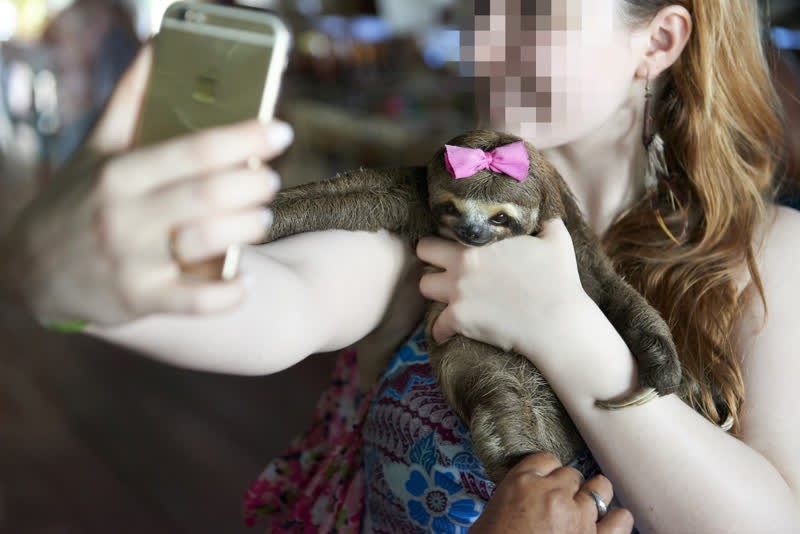 She explains that sloths suffer immensely when handled repeatedly and used as photo props.

“Posting selfies with sloths is an increasingly popular activity when on vacation in the Amazon, but these shy creatures suffer significantly at the hands of humans. In the wild, they sleep up to 20 hrs a day and live high in trees using branches to support their bodies. When used as a tourist attraction, they are kept awake and can be improperly handled by as many as five people within just a few minutes. This causes them great stress and suffering. It’s likely that most sloths used for tourist selfies don’t even survive six months of this treatment.”

Our investigators found many tour operators in the Amazon perpetuating the cruelty caused by wildlife selfies. 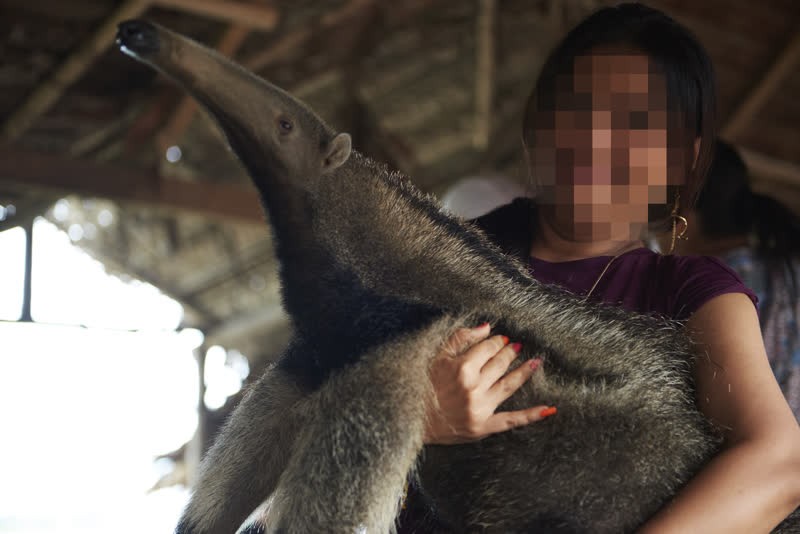 Image: Local animals, like this anteater, are taken from the wild and used for harmful selfies with tourists, in Puerto Alegria, Peru. Credit Line: World Animal Protection / Nando Machado

Our online research showed that 54 per cent of 249 attractions we examined offered direct contact with animals; 35% used food to attract them and 11% offered opportunities to swim with them.

“Direct contact between wild animals and tourists while on holiday is a major animal welfare concern. Alarmingly, 61% of the 72 species we found being used in this way are also classified as needing international legal protection by the Convention on the Trade of Endangered Species,” says Dr Neil D’Cruze, our global wildlife advisor.

Manaus, the capital of Brazil’s Amazonas state, is a particular hotspot for these types of hands-on wildlife attractions despite the illegality of wild animals being used for commercial purposes. Our investigators observed the opportunity to hold and touch wild animals and use them as photo props being offered on 94% of excursions by 18 tour operators in the Manaus area. 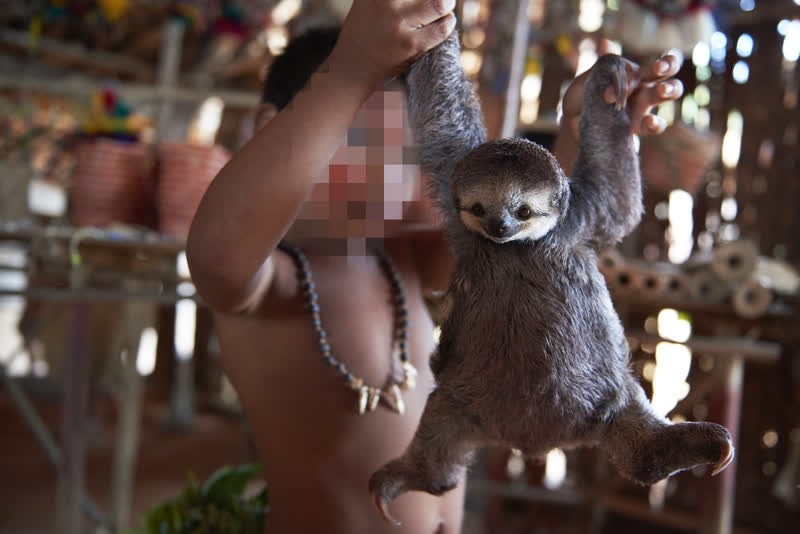 “Such practices inflict unacceptable stress and suffering on wildlife, causes injuries, leaves them more susceptible to disease and robs them of their freedom. After such commercial exploitation, all too often a painful death is the final outcome,” says Dr D’Cruze

Sloths, caiman crocodiles, anacondas and squirrel monkeys are just some of the animals caught up in the tourist wildlife selfie trade. And their suffering is a relentless cycle that goes far beyond the time it takes to capture a selfie.

“These animals have been poached from the rainforest, often snatched as babies from their mothers, with some kept in filthy, cramped conditions or repeatedly baited with food which stops them behaving naturally.

“We found sloths captured from the wild and tied to trees with rope, an anteater manhandled and beaten by his owner and Caiman crocodiles with their jaws held shut with elastic bands – kept in small, dark polystyrene boxes and broken fridges.” 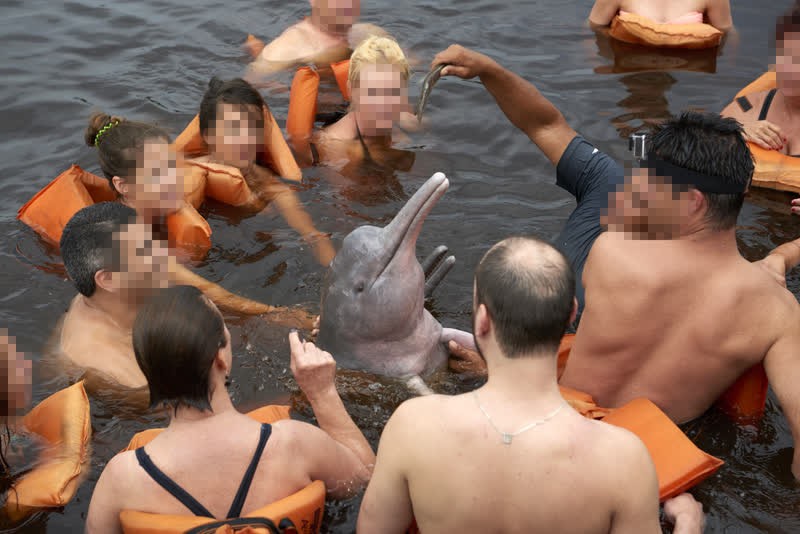 Our investigators also found that animals not kept in captivity, like pink river dolphins, are suffering for tourist entertainment. They saw the dolphins surrounded by large groups of tourists. Some of the animals had sores under their chins and flippers. These were most likely caused by tour guides lifting the animals out of the water so tourists could touch them and take pictures with them.

“The increasing use of animals as photo props for wildlife selfies on social media is alarming,” says Cassandra Koenen. We all have the power to positively change the future for these animals. We want tourists to enjoy seeing wild animals responsibly in the wild or in a sanctuary or rescue centre.”

To tackle the problem, we are:

To read the full report of our ‘Close up on cruelty’ investigation and find out how you can help click here. 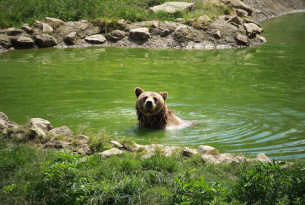