This bill would have tackled many cruel animal practices including trophy hunting and the abuse of wildlife in tourism.

"This Bill was vital to achieving lasting changes for wildlife. "

On the 10th May 2022, the Queen’s Speech was read before parliament setting out which laws will be introduced during this parliamentary session. We were devastated that the promised Animals Abroad Bill was not included, which would have tackled cruel animal practices including the abuse of wildlife in tourism.

The Bill was intended to ensure that cruel animal practices overseas were not supported by the UK consumer market. The measures included a ban on the domestic sale and advertising of cruel experiences overseas such as elephant rides, and a ban on the import of fur and foie gras.

The sad fact is that without this legislation, British consumers will continue to keep these cruel practices alive and animal suffering will continue.

World Animal Protection was concerned to hear that the UK government had plans to abandon the Bill to focus on the public’s ‘real priorities’ – this is simply not true. According to a poll1 World Animal Protection carried out with our allies in the #DontBetrayAnimals campaign, 72% of the public want the Government to introduce more laws to improve animal welfare and protect animals from cruelty.

Despite many MPs, celebrities, and supporters speaking up for animal welfare and urging the government to keep its promises, the suffering of countless animals has once again been ignored.

‘The Government has failed to keep its promises and meet the expectations of the British public, who overwhelmingly supported the measures in the Animals Abroad Bill. Whilst the cost of living and war in Ukraine are paramount concerns, voters also want action to end the horrors of cruel animal entertainment and the fur trade. We will continue our fight to end the cruel exploitation of animals and the suffering it causes.’

There is a chance for some of the important measures promised as part of the Animals Abroad Bill to be introduced to parliament by backbenchers as Private Members Bills. MPs will enter a ballot and those chosen will have the opportunity to present a Bill on an issue of their choosing.

We will work with parliamentarians to propose a Bill on banning the domestic promotion of cruel animal experiences abroad. People power is at the heart of what we do and will be vital to our success. Keep following us by email or social to find out what actions you can take to keep up the fight.

Together, we can change the way the world works to end animal cruelty and suffering. Forever.

1. The polling was run on the Focaldata platform. Data was collected from a nationally representative sample of 10,018 adults between 11th and 20th April 2022. Using the polling data, Focaldata completed a constituency-level analysis using MRP modelling. 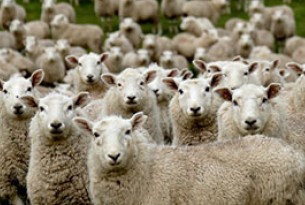 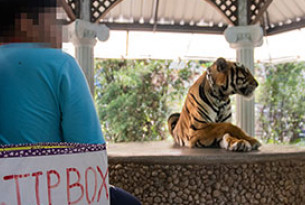 British voters want to see the government deliver on its promise to protect animals.

You helped us support animal welfare in the UK and around the world in April 2022.