"Concerningly, around one in 10 of these species are threatened with extinction, posing a real concern for species’ survival."

World Animal Protection has revealed over 200 species of wild animals sourced from the Amazon rainforest are being illegally sold in shocking conditions at urban markets in Iquitos, Peru. There are serious concerns for animal welfare, species’ conservation and the health of communities that rely on this market for their living.

Our new report ‘Risky business: How Peru’s wildlife markets are putting animals and people at risk’ puts the Belén market in the spotlight, where wild mammals, reptiles and birds are being sold both live and dead as derivatives, with some animals being slaughtered on site.

The Belén market, which is considered the largest open-air market selling wildlife in the Peruvian Amazon, has few to no health and safety measures in place to prevent zoonotic diseases from spreading from wildlife to people. This poses a huge health risk to people as wild animals are known to transmit deadly diseases to humans, such as COVID-19, SARS (severe acute respiratory syndrome) and Ebola.

Wild animals such as jaguars, primates, sloths, river dolphins, manatees, turtles, macaws, snakes, and capybaras were all found on sale at the market, some were alive and kept in dire conditions. The animals are mostly sold as wild meat, but also as luxury pets and for spiritual, medicinal and decorative use.

Concerningly, around one in 10 of these species are threatened with extinction, posing a real concern for species’ survival.

While animals such as caimans and turtles were mainly being sold as wild meat, other animals were reportedly sold for more unusual, belief-based uses such as:

Shocking images show dried monkeys with their innards cut out, severed sloth claws, the skins of ocelots hanging and meat from various mammals piled high. Animals such as birds were also captured on camera, crammed into tiny metal cages to be sold into the exotic pet trade.

The commercial trade in wild animals at urban markets, such as Belén market, is illegal in Peru1. However, illegal wildlife trade activity is an on-going issue.

The Peruvian police authorities have attempted to clamp down on this type of activity, although officials interviewed as part of the investigation stated that it is challenging to monitor as wildlife vendors are constantly moving without fixed stalls, and operate on an opportunistic basis.

Gilbert Sape, Head of Animals in the Wild, at World Animal Protection, said:

“For many people in this community coming to markets such as these to do their daily business is an absolute necessity. They should be able to do it free from the danger of diseases that could be harbouring from vendors selling wildlife products in unhygienic conditions. This wildlife trade activity is largely driven by local urban demand for luxury products, but vendors are also feeding the overseas demand of the exotic pet, luxury goods and traditional medicine trade. This shows why governments have a responsibility to step up and stop the cross-border global trafficking of wildlife.

“This market is taking a deadly gamble with people’s heath. Live animals cramped in dirty cages where their immune systems are compromised, and untreated animal carcasses, pose a serious health risk. Markets like these acts as a petri dish for diseases to develop. We must remember the lessons of the past and how many zoonotic diseases originated from this type of wild animal exploitation. COVID-19 is an obvious and present example, which continues to destroy lives each day.

“The wild animals found here would have suffered heart-wrenching cruelty – from being snatched from the wild, to their brutal slaughter or lifetime imprisonment in a cage. For these wild animals, there are no happy endings, alongside many of their populations rapidly plummeting in the wild. We must act now to save these incredible animals that belong in the Amazon rainforest.”

These findings come after the United Nations advised countries to “move to prevent future pandemics by banning markets that sell live and dead animals for human consumption”. The World Health Organization also issued guidance earlier this year, on; "Reducing public health risks associated with the sale of live animals of mammalian species in traditional food markets2.”

The United Nations Development Programme (UNDP) has been working with local authorities to improve the safety of the Belén market since 20153, and the market has only recently re-opened as the area comes out of lockdown.

The findings in this report highlight that more work is needed to ensure the safety of this market, due to the risk that zoonotic diseases pose to human health, and so far, little progress has been made despite the pandemic and warnings from the United Nations and World Health Organization respectively.

Next moves and how you can help

Last year, over a million people joined us and signed our petition calling on the G20 to end the global wildlife trade, forever.

You can help by:

Helping animals all over the world last month, thanks to your continued support. 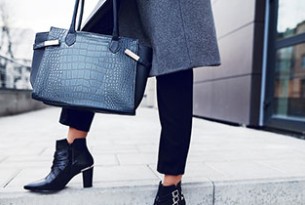 Here are just four of the incredible things you helped to achieve in September. 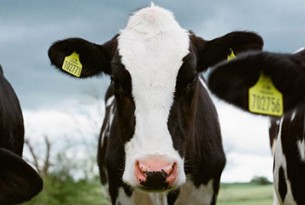