On World Health Day, World Animal Protection will launch a new report that lays bare the most damaging human health impacts linked to factory farming, and how these will only get worse as the demand for meat continues to grow in all corners of the world.

"Systemic shifts are needed to deliver the biggest health gains for our population."

World Animal Protection’s latest report, The Hidden Health Impacts of Industrial Livestock Systems, exposes how governments around the world are turning a blind eye to the public health toll of factory farming, as well as the suffering of billions of farmed animals.

By 2030, meat consumption is projected to grow 30% in Africa, 18% in the Asia Pacific, 12% in Latin America, 9% in North America and 0.4% in Europe. This skyrocketing demand sees billions of stressed animals mutilated and confined to cramped and barren cages or pens for their whole lives.

Over seventy percent of the 80 billion land animals farmed globally are raised and slaughtered within cruel factory farming systems each year.1

As demand for meat and dairy grows, factory farming will continue its stranglehold on our food system and health impacts will worsen.

The research builds on the concept of five pathways “through which food systems negatively affect our health”, outlined by the World Health Organization.

We detail how these negative health impacts are directly linked to factory farming.  These include:

Factory farming systems have displaced local and sustainable food production. Land is used to plant crops to feed factory farmed animals, not people, undermining nutrition and food security. At the same time, high volumes of cheap meat produced out of factory farms is equating to excessive meat consumption - one of the four leading risk factors for chronic illness.

75% of the world’s antibiotics are used in farmed animals, either to prevent them getting sick, promote fast growth or treat disease – a practice driving the emergence of superbugs (antimicrobial resistant bacteria), which leaves us less able to fight infections. New research has found that 1.27 million people die each year from superbugs, and it is estimated that by 2050 this will be the leading cause of death globally. On top of this threat, factory farms squash stressed animals into tightly packed sheds, risking disease like swine flu or bird flu that can jump to humans.

Cruel factory farming induces immense stress in animals, leaving them prone to bacteria or parasites that can cause foodborne illness in people, such as Salmonella. An estimated 35% of all foodborne diseases globally are linked to meat, dairy or eggs, which is costing lower income countries billions in USD each year in lost productivity and medical expenses.

Pesticides also contaminate our waterways, and more pesticides go to crops destined to feed animals suffering on factory farms than anywhere else. These impacts of air and water pollution are felt most by those living close to factory farms or animal feed production.

5. Physical and mental impacts for workers

“Confining 70% of the 80 billion land animals farmed globally in cruel factory farms1 is resulting in large profits for companies and huge hidden costs for taxpayers. As we are experiencing a cost of living and NHS funding crisis this should be of particular concern.

“We’re calling on the UK Government to end the routine use of antibiotics on farm animals, as the EU has recently done, and to acknowledge that a reduction in animal product consumption is needed to address the countless issues caused by factory farming.”

Systemic shifts are needed to deliver the biggest health gains for our population. Some of those include:

To make these shifts, World Animal Protection is calling for governments around the world to impose a moratorium on factory farms and introduce and enforce higher farmed animal welfare standards.

1 Sentience Institute. 2019. US Factory Farming Estimates. (accessed 21st October 2021)
A complete list of source references are in the full report. 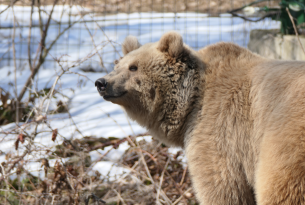 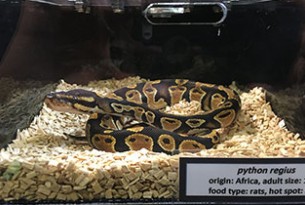 We have received some amazing news about our campaign against the Doncaster reptile market.