With your support, we squeezed a lot into the shortest month of the year.

Here are just seven of our achievements for animals in February:

Our US team partnered with the Center for Biological Diversity to create a report that reveals how the meat industry is using 235 million pounds (117,500 tonnes) of pesticides every year, threatening thousands of at-risk species.

16,495 people signed a petition supporting the Thai Elephant Protection and Safeguard Bill (also known as Thai Elephant Bill), that we helped to develop. Our team in Thailand delivered the signatures to the Thai government. We are calling on policymakers to take elephant protection more seriously and we hope these campaign actions will speed up the elephant welfare reform process.

Our Australia and New Zealand team has launched the #PlantProteinChallenge in Aotearoa, New Zealand. During the six-week challenge, participants will be supported to eat plant protein. We provide them with a plant protein starter kit, tasty and nutritious recipes they can make in 30 minutes or less, and support from protein experts. New Zealand is one of the world’s top 10 meat consumers.

❌ You called on the Danish government to ban mink farming permanently

A temporary mink farming ban passed in Denmark last year due to COVID-19 transmission fears. Now, our Denmark team has created a petition calling on the Danish government to ensure that mink farming won’t return. More than 30,000 people have signed it so far.

In the largest bear rescue WAP has supported, nine bears have finally been rescued from three farms in south Vietnam. All nine bears will now enjoy their lives at the Four Paws sanctuary. They can live free from cruelty and suffering, receive excellent care and be closer to nature where they belong.

🐮 You raised awareness of antimicrobial resistance and factory farming in India

Our team in India conducted a virtual session on “Anti-microbial resistance (AMR) and its linkages with Intensive Farming” with the Delhi Society for Promotion of rational use of drugs (DSPRUD) and ECHO India. More than 100 teachers from the government and Delhi private schools attended. The session shared facts about the overuse of antibiotics in factory farming.

According to a statement from the Namibia's Government, the country is in the process of capturing 57 wild elephants sold last year at auction. We asked Namibia's authorities to right their wrong, and return these elephants to the wild, where they belong. 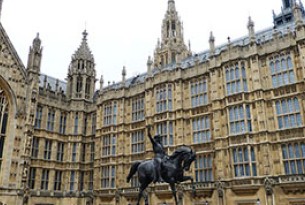