"The further delay to the Animal Sentience Bill is concerning and continues to leave animals without the appropriate legal protections when new laws, policies or trade deals take place."

Together with 31 of the UK’s leading animal protection organisations, we have written urgently to Prime Minister Boris Johnson to express alarm and opposition to reports that the Government has in mind to de-prioritise animal welfare and put at risk legislation to ban live exports, imports of hunting trophies, fur and foie gras, amongst other critical measures and manifesto commitments.

The letter shares the results of a new YouGov poll, which affirms the strong public support for animal welfare, with almost two-thirds (63%) of respondents wanting the Government to increase its level of action on animal protection.

The letter is signed by CEOs from the UK’s leading animal protection organisations, including the RSPCA, Humane Society International UK, Compassion in World Farming, and FOUR PAWS UK. It was sent the day after the Animal Welfare (Sentience) Bill had its final Commons stages in Parliament, but was further delayed from becoming law by an amendment from 27 Conservative backbenchers, which was supported by the Government.1

The Bill will now have to return to the House of Lords, with little time left this session. Animal sentience was the only piece of EU legislation that was not transposed when the UK formally left the EU on 1st January 2021.

In an opinion piece in The Daily Telegraph on 9th March2, Politics Editor Christopher Hope reported on a conversation with a minister who told him there is likely to be “a bit more focus on what matters to our constituents and a bit less of the peripheral stuff. The party does care about [the environmental agenda] but it is a question of getting priorities right.”

“The further delay to the Animal Sentience Bill is concerning and continues to leave animals without the appropriate legal protections when new laws, policies or trade deals take place. The British people want to see animal welfare laws maintained or improved outside the EU, but instead UK standards are being undermined and more animals will continue to be exposed to abuse, mistreatment, and cruel farming methods.

"We are equally alarmed at reports that the Government may de-prioritise animal welfare and abandon the Animals Abroad Bill and Kept Animals Bill, despite the strong public support to ban cruel practices such as live exports, imports of hunting trophies, fur and foie gras. Whilst war in Ukraine is a priority, we call on the Government to deliver on their manifesto promises when Parliamentary time allows.”

“The notion that animal welfare doesn’t matter to voters simply does not chime with public opinion. Even with all the other important government priorities at this time, including supporting Ukraine, almost 90% of Brits think the government should maintain or increase action for animals.

"Support is equally as strong (89%) amongst Conservative voters at the last election. The public want to see real progress for animals, including bans on imports of cruel fur and foie gras, so Number 10 will appear tone deaf if it waters down ambitions for animal welfare, or tries to quietly dispose of the promised Animals Abroad Bill. Reneging on manifesto commitments and promises from its 2021 Action Plan on Animal Welfare would be a betrayal of both animals and the British public.”

“We are disappointed not to see animal sentience once again enshrined in UK law by now, and trust that the Government will ensure the Sentience Bill quickly passes through Parliament. We are deeply concerned that numerous other legislative and policy pieces which the Government promised have not been delivered - are the high hopes generated by the Government’s Action Plan for Animal Welfare going to be shattered?

"We urge the Government to ensure that they give animal welfare the same importance that the majority of the British public does. In particular, we call for swift progress on legislation banning live exports and the sale or import of foie gras, as well as significant steps to End the Cage Age in farming.”

Introduced into the Commons in June 2021, the Kept Animals Bill hasn’t been seen in Parliament since 9th November. Campaigners stress that if the government is going to deliver a number of manifesto commitments such as a ban on live animal exports, they must ensure it is given time to become law as soon as possible.

Emma Slawinski, Director of Advocacy and Policy at the RSPCA, said

”The Government promised the public that they would ban live exports, stop the illegal puppy trade and deliver animal sentience when they put these into their 2019 manifesto. This new polling shows the public desire to get these delivered has not diminished and as we approach the first anniversary of the Government’s animal welfare action plan we need to see a new resolve from the Government and urge them to deliver on their promises.”

“After years of Brexit stagnation, last year the Government brought forward an ambitious policy agenda with the Animal Welfare Action Plan. With promises of progressive legislation such as the fur, foie gras and trophy hunting import bans, the UK would finally be a global leader in animal welfare whilst delivering on the wishes of the overwhelming majority of the British public. To see them now backing away from their commitments in the face of political opposition by a small minority, is nothing short of cowardice.”

A change.org petition set up by Chris Packham urging the government ‘#DontBetrayAnimals suffering for fur and foie gras’ now stands at over 125,000 signatures since it was launched three weeks ago. The petition was set up after it was reported by the BBC that some cabinet ministers were opposed to the bans because they restrict personal choice, in spite of strong public support.

A YouGov poll on 22/23rd February reveals 73% of the public back a fur import ban, including 59% of Conservative voters at the last election, who strongly support a ban, up almost 20% since a 2018 poll. 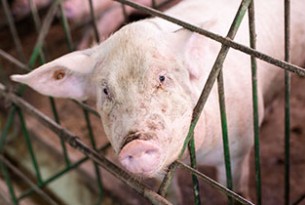 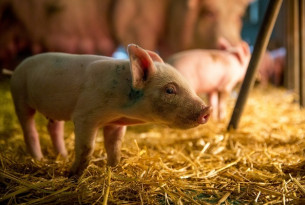 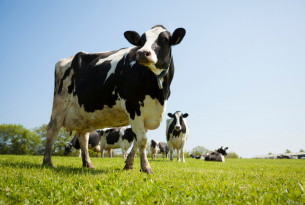 Animal welfare during the Ukraine crisis 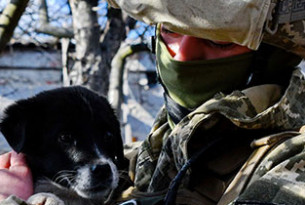 Animals are often the innocent forgotten victims in times of crisis. 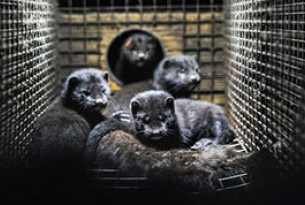