Is technology really the ethical answer to farm animal welfare?

Cows in the dairy industry should have access to outdoor pastures all year around and not forced to wear VR headsets to virtually access it.

Does the Matrix ring a bell? Well how about the Mootrix.

In Turkey, a farmer has fitted his dairy cows, over the winter, with virtual reality (VR) headsets, to trick them into thinking they are outside in summer pastures, making them produce more milk. According to the farmer, the cows are “happier” and get “an emotional boost” as a result. However, there is no evidence which suggests that VR makes cows “happier”. Cows should have access to pasture all year around and not forced to wear VR headsets to virtually access it.

Similarly, a UK-based company has developed face masks for burping cows which claim to “reduce methane emissions by 60%”. The mask sits on the cow’s head with a “zip-tie-like mechanism” and converts methane into CO2 and water. Does this sound ethical to you? In reality, cows should not be wearing any kind of invasive device on their heads, it is unnatural and could restrict their movement and natural behaviours.

In America, an artificial intelligence company has developed technology for mega dairy farms which involves cameras monitoring cows 24 hours a day to ensure they are displaying their “normal behaviour”. According to the company, this monitoring increases the “health and welfare” of cows. Milk production is increased and so is the farm’s profitability.

Whilst this use of technology is not necessarily invasive to the dairy cows, it is exacerbating the exploitation of cows to produce more milk than is naturally expected.

Naturally a cow, over a period of 10 months, produces around 264 gallons of milk for her calf. In comparison, a dairy cow kept in an intensive production system produces around 2,641 gallons. There is no happy ending for a cow that is exploited for its milk1.

What’s more, new legislation allowing gene editing is currently going through parliament. This would allow for crops and farmed animals to be gene edited for traits that are an advantage for production and potentially create a greater resistance to disease. This is despite significant public opposition to gene editing and many NGOs voicing their concerns for animal welfare.

What is gene editing and is it the same as GMO?

Both change the DNA of an organism for specific traits but there is one big difference between the two, GMO brings in genes from other organisms that don’t naturally exist in their DNA while gene editing uses existing genes from an organism, ensuring that specific genes are included, excluded or dominant. This means that in theory you could reach the same outcome through selective breeding as you could through gene editing.

Many believe that this makes it safer, but we know that many farmed animals and even domestic pets already suffer from selective breeding. Whether for faster growth, larger muscles, larger litters, higher milk production or ‘cute’ snubbed noses, these traits have a devastating knock-on effect for the animals. What gene editing does is remove the generations that could highlight potential welfare problems from these desired traits.

Existing legislation has not been effective in ensuring the welfare of animals comes before the profitability of breeds. The new proposed regulations around gene editing will not achieve this either. The potential benefits include higher resistance to disease, but it is impossible to predict all the potential side effects of this kind of DNA manipulation.

In contrast to this, an example of where technology can be seen as positive is an app being trialled by Waitrose which allows farmers to “help us understand and recognise how animal behaviour is connected to emotional wellbeing”. This app involves farmers logging and keeping track of their livestock’s emotional wellbeing with species specific terms having a negative to positive sliding scale.

It could be said that this new piece of technology supports the 1994 Five Domains Model, which explores an animal’s mental state more in depth and recognises that both physical and emotional factors affect an animal’s welfare.

Despite advances in technology within the farming industry, the truth is that farm animals need living environments that respect their needs. Perhaps technology would be better put to use if consumers experienced, through virtual reality, the cruelty that animals endure in factory farms; this might spur greater improvements in animal welfare and give livestock a better chance of living a good life. 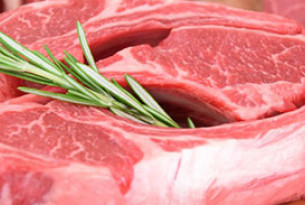