Here are some fact-based motivation for your Say YES to LESS journey - five must see documentaries which perfectly illustrate why we all need to reduce our meat and dairy intake and shift to a more plant-based diet.

The Game Changers explores the rise of plant-based diets in professional sports. Executive produced by James Cameron, Arnold Schwarzenegger and Jackie Chan, the film challenges the myth that animal protein is necessary to build muscle and strength and optimise physical performance.

Mixing science with testimonies from some of the world’s biggest plant-based sportspeople including boxers, bodybuilders, ultramarathoners, weightlifters, triathletes and American footballers, if you are interested in health, nutrition, sports or have doubts about the power of a plant-based diet, this one is for you.

Winner of several film awards last year, Gunda is not your traditional documentary. Rather, it’s a unique cinematic meditation on the sentience of farm animals and a celebration of the inherent value of all life. Shot in black and white, the audience follows the lives of a mother sow and her piglets, two inventive cows and a characterful one-legged chicken, experiencing first-hand the richness of their emotional lives.

Cowspiracy focuses on the devastating impact large-scale factory farming has on the planet and how it drives some of our most pressing environmental problems including deforestation, water use and pollution, carbon emissions, habitat loss, species extinction and even ocean “dead zones”.

The film asks why more isn’t being done to challenge an industry which is responsible for so much environmental damage and why even some of the world’s largest environmental organisations do not seem to want to tackle the problem head on. The film focuses on the US animal agriculture industry, but nonetheless is an eye-opening watch.

Meat Me Halfway asks the critical question why it is so hard to get people to eat less meat?

The film follows Brian Kateman, leader of the reducetarian movement in the US, as he seeks to understand why dietary behaviour change around meat consumption can be so difficult and how the often passionate divide between those who eat meat and those who do not can be bridged to find a pragmatic way forward towards a more sustainable food system.

A brutal but necessary look into the horrific treatment of pigs inside a British ‘Red Tractor approved’ farm and supplier of a major UK supermarket.

Based on undercover investigations carried out by animal welfare charity VIVA, the film not only reveals the systematic cruelty experienced by the pigs trapped in Hogwood farm, but raises broader questions around the many devastating impacts of factory farmed meat in the UK. 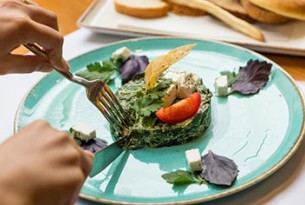 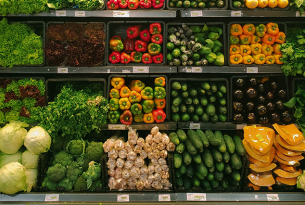