The myth of UK farming Skip to main content

The myth of UK farming

Over 70% of farm animals in the UK are raised on factory farms.

From a very early age, in books and through songs, we are presented with a very idyllic image of farming – spacious green fields, fresh air, bright red tractors, and happy animals roaming free. When we get older, food branding and advertising continue this narrative, using images and descriptive language which reinforce these traditional perceptions of farming.

But, sadly, this is not the truth of much of modern farming in the UK.

The drive for cheap meat has industrialised our farming system to the point that many farms are unrecognisable in comparison to those we have been repeatedly conditioned to think of.

The brutal fact is that, today, over 70% of farm animals in the UK are raised on factory farms.

Why are we not shown these truths in adverts, on packaging or food labels? Because the reality of factory farming is utterly abhorrent to most people.

Britain is often touted as having some of ‘the best animal welfare standards in the world’. Globally speaking, the UK has indeed left some of the worst practices behind and made significant steps forwards to try and protect farm animals. We stopped using sow stalls (cages) for pregnant pigs in 1999 and banned barren battery cages for egg-laying hens in 2012.

However, our standards nonetheless consider a variety of cruel treatments and poor conditions to be acceptable. We allow chicken breeds to be genetically manipulated to grow as big as possible as quickly as possible to the severe detriment of their health.

We allow pigs to be mutilated without pain relief and kept in barren pens without proper enrichment. We allow calves to be separated from their mothers shortly after birth and for male calves and millions of male chicks to be killed shortly after birth, as they serve no profitable purpose.

For most people, the sheer volume of animals passing through the factory farming system is too large to even get a grasp of. In the UK alone, over 20 million chickens are slaughtered for meat every single week.

This is undoubtedly a factory production line. Everything is carefully calculated and controlled to make the system as efficient, economical and profitable as possible. And the animals are powerless to affect it, to stop it or to escape from it.

Consumers are being fed untruths through creative branding. Happy, jolly, laughing. These are all nice words used by food companies to describe their animal products and assuage the consumer’s conscience.

A few years ago, major supermarkets were heavily criticised for making up farm names with which to brand some of their food lines. Using a name such as ‘Woodside Farm’ to sell food is a deliberate attempt to trigger, and play into, our traditional idealised visions of farming.

If you recognise and appreciate the sentience of animals, it is painful and uncomfortable to be presented with the reality of factory farming. Especially on the occasions when there is deliberate cruelty, mistreatment or neglect. But it is critical that the veil is removed and that we understand where the food we eat actually comes from - and that we take responsibility for the food choices we make.

It is up to us as consumers to educate ourselves on the realities of factory farming, to think critically about the messages we receive from food brands, companies and producers, and refuse to accept the lie.

Eating less meat and dairy will reduce the pressure on our food system. If demand decreases, so does supply. Fewer animals will be needed. When more people do buy meat, if they bought only meat from animals raised in higher welfare farms, this sends a very clear message that consumers are not prepared to support cruel and outdated farming practices which have no place in today’s society.

Animal welfare standards can improve. Farming systems can change and so can the lives of farm animals. 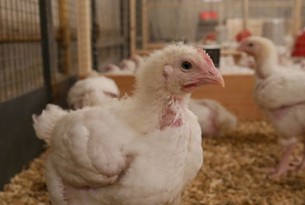 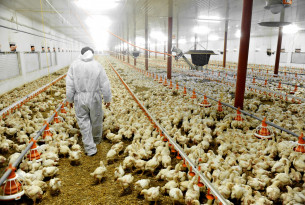