We’re campaigning to improve the lives of billions of farm animals and to protect millions of wild animals from cruelty and abuse. But did you know that you’re helping us make a difference in some smaller and surprising ways too?

Just like people, animals suffer from trauma and recovering from it can be tough. So, when Pooh a rescued bear at our Balkasar bear sanctuary in Pakistan, seemed unhappy, shaky, not wanting to move or even look about, the Balkasar team knew he needed help. They understood his depressed, fearful state was because of his terrible treatment as a bear used for baiting.

To get his attention they put dried meat inside bones and spread them nearby. Initially, Pooh didn’t react but, eventually, the strong and delicious smell tempted him and he was coaxed out of his stressed state. It’s taken nearly a year of encouragement and sensitive approaches from the Balkasar team, but Pooh is doing well. He’s even made friends with Moari and Neeta, other former baited bears. 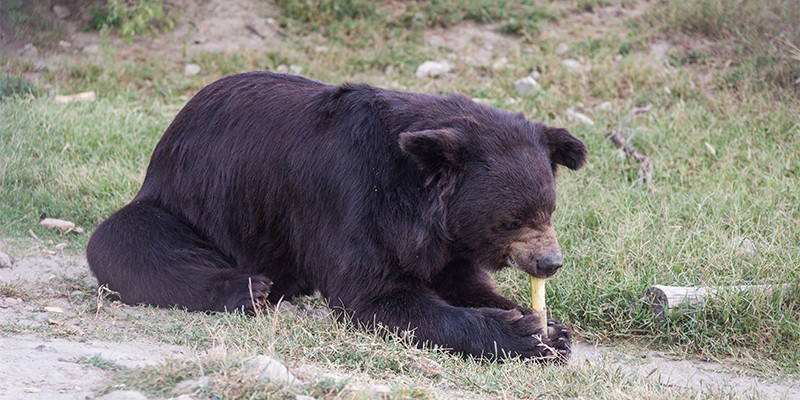 Chickens reared for meat on factory farms lead very stressful lives. They have unnaturally fast growth rates and live in cramped housing with thousands of other chickens – this combination of factors causes them painful joints, heart and lung problems.

Not surprisingly these cruel conditions stop them behaving naturally. They can’t dustbathe, spread their wings, forage for food or perch. So while fighting to improve their living conditions and physical problems, we’re caring for chickens’ psychological welfare too.

We want farmers to give these intelligent animals more ‘enrichment’ – things to do that will make the chickens feel better. So, with your help we’re funding university researchers in Brazil and Northern Ireland to make and test different devices that farmers can use in the barns, including. . . beer cap curtains! These unique devices – metal beer caps suspended on vertical strings – encourage the birds to peck – an important natural chicken behaviour, which helps reduce stress. We’ll keep you posted with the researchers’ progress. 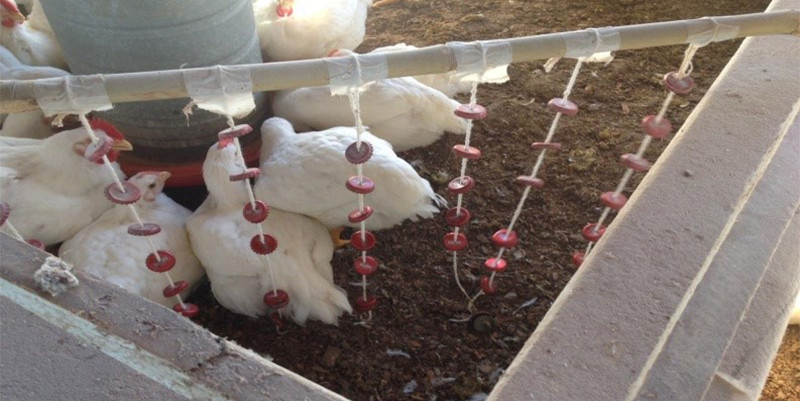 Domestic dogs are not the only dogs that die from rabies, it kills rare African wild dogs too. But our Africa team is reporting great news for wild dogs. Our vaccination campaign in the Enonkishu Conservancy in Kenya’s Maasai Mara could well be responsible for a wild dog comeback.

Since our first vaccination drive in 2016, two packs of the endangered African wild dogs have returned to the area. This is exciting news because there is an assumption that the entire local wild dog population succumbed to rabies between 1989 and 1991 when there was a severe rabies outbreak in the region. It’s great to know that our work is having a far reaching impact, helping to protect wild animals as well as domestic in this area. Your support helped us vaccinate 547 dogs,193 cats and 12 donkeys against rabies in our most recent drive in December 2019. 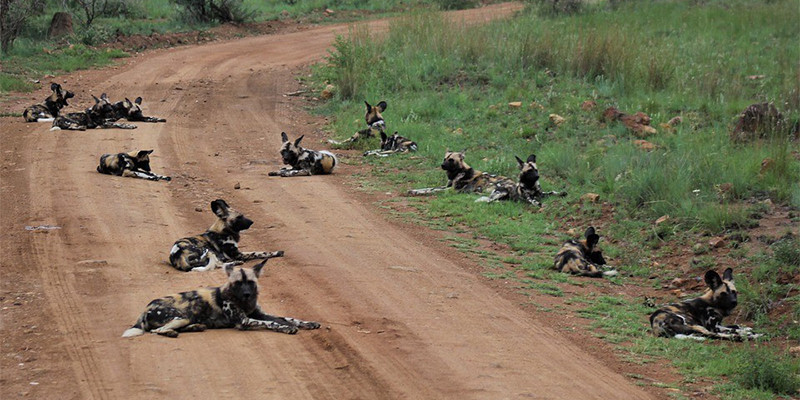 No one knows more about rescuing animals from danger than the incredible members of our disaster team. But they don’t keep up their knowledge and skills by sitting around waiting for disasters to strike. Learning, practising and training is vital. And with your support, they often train emergency responders in animal rescue and handling techniques too.

In Copenhagen last year, with our Denmark office, they organised a fire rescue drill with the country’s Centre for Rescue and Safety (RESC). They worked together to ‘rescue’ an elderly person living with three dogs (played by mannequins) stranded in an apartment fire on a third floor. You can see the exciting film of the drill here.  We are using it to train emergency responders and show members of the public and of course our supporters in Denmark the importance of preparing to protect animals from these types of situations. 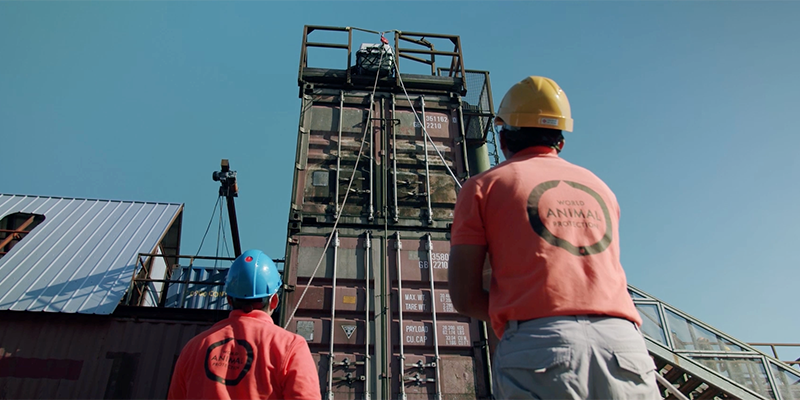 Sow is a friendly 55-year-old female elephant who suffered in the tourism industry in southern Thailand for over 20 years. And she is now a much loved member of Following Giants, a tourist venue that we helped to become elephant-friendly, meaning that elephants can live as naturally as possible with minimal human interaction.

When Sow joined Following Giants she was thin and undernourished because her teeth were worn down. To give Sow vital nutrients the caring team came up with the idea of healthy and easy to consume smoothies. We helped them buy a food shredder and twice a day they mix a nutritious blend of pineapple leaves, sugar cane, salt and elephant pellet food. The salt in the mixture encourages Sow to drink more water and stay hydrated. The pellet food contains essential vitamins. And the sugar cane makes it taste delicious! 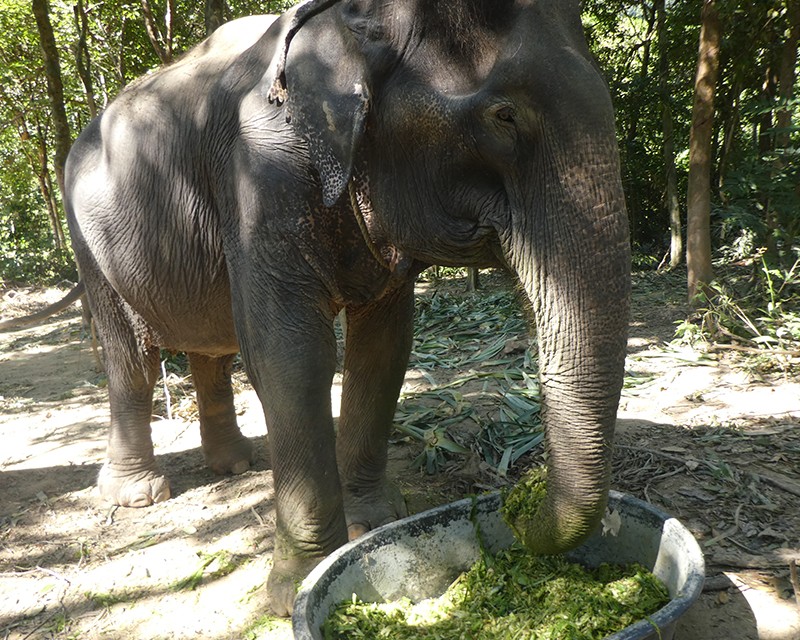 6. Learning with Shaun the Sheep

Aardman’s Shaun the Sheep is a much loved character worldwide, and he now has a special mission in China. Through a collaboration between our China office and Aardman, Shaun is showing people what farm animals need to be healthy and happy. ‘Learning animal welfare with Shaun the Sheep’, a 90-second, cheerful and thought-provoking film, is supporting our partnership with the China Animal Health and Food Safety Innovation Alliance (CAFA).

CAFA comprises leading Chinese companies, academics and government departments related to the food industry; it promotes animal health and food safety within China. There are approximately 600 million pigs and 1200 million chickens farmed in China. Together we want to convince people to not just understand but demand higher animal health for animal welfare products. Check out the film here. 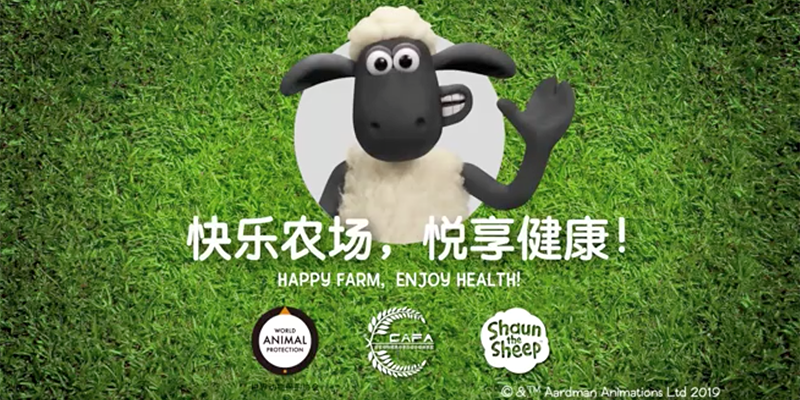 Thank you for giving young sloths rescued from the exotic pet trade and illegal tourism activities in Colombia a great chance of survival and return to the wild. Last year, your generosity helped us give our partner AIUNAU much-needed funding to build new sloth enclosures, at their centres in Medellin and Cordoba. We also helped fund veterinary care and medicines.

AIUNAU is highly respected for its sloth rescue and rehabilitation work throughout Latin America. Three-toed sloths are gentle, highly sensitive animals and they suffer great trauma after being snatched from the forests to fuel the pet trade and tourism industry. Because of this, they can be very difficult to care for while recovering in captivity. But AIUNAU is doing an amazing job. They have cared for more than 1,000 animals including sloths, anteaters and armadillos since they first started in 2002. And your support will help them care for even more. 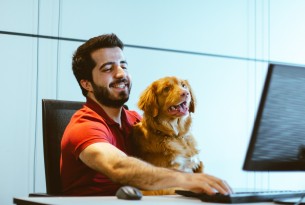 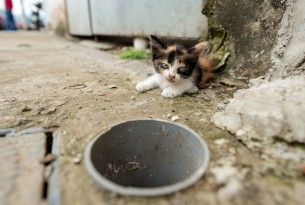