Help us to fight animal cruelty around the world

It is thought that around 250,000 bulls are killed in bullfights and festivals every year.

World Animal Protection believes this violent form of animal abuse should be banned worldwide: culture is no excuse for cruelty.

You can help by recording and reporting animal cruelty that you see when travelling.

Bullfighting causes the slow and torturous death of a bull. The matadors (the people fighting the bull) only ever fight a weakened animal. In most cases, for the matadors to be victorious, they have to brutally kill the bull.

Considered an ‘art form’ by its dwindling number of supporters, bullfighting takes place in several European countries and parts of Latin America.

Thanks to the pressure of our supporters and other animal groups, on 28 July 2010 the Catalonian parliament voted to ban bullfighting. This ban came into effect on 1 January 2012.

Recently, towns in Ecuador, Venezuela, France, Portugal and Colombia have also declared themselves anti-bullfighting towns. The ban in Catalonia sets an example in Spain for other regions to follow and make the cruelty of bullfighting history.

We are working with other organisations against the argument that Spanish bullfighting should be given United Nations Educational, Scientific and Cultural Organization (UNESCO) protection (meaning that the tradition would be protected by law as ‘cultural heritage’). This ignores the intense pain and suffering an animal has to endure in the name of entertainment – and ignores the huge majority of people around the world that oppose bullfighting.

Never attend a bullfight or any other attraction that neglects animal welfare. The bullfighting industry relies heavily on financial support from curious tourists – don’t be one of them. 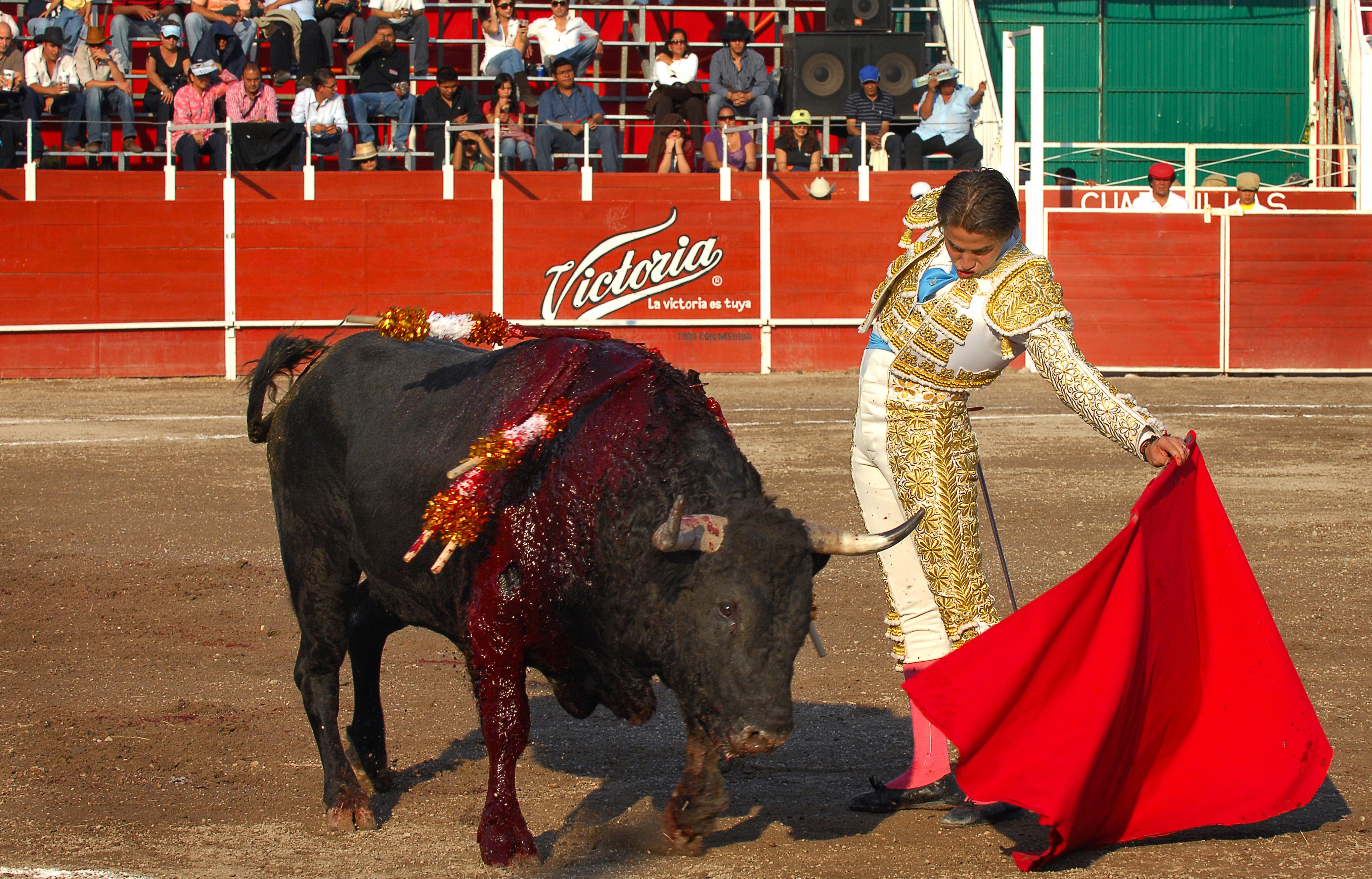 A matador inflicts multiple stab wounds to a bull