It’s December and the time of the Christmas sandwich! And in terms of plant-based options, it’s the best Christmas ever with the variety of festive plant-based sandwiches available. But the critical question is, which is the best?! 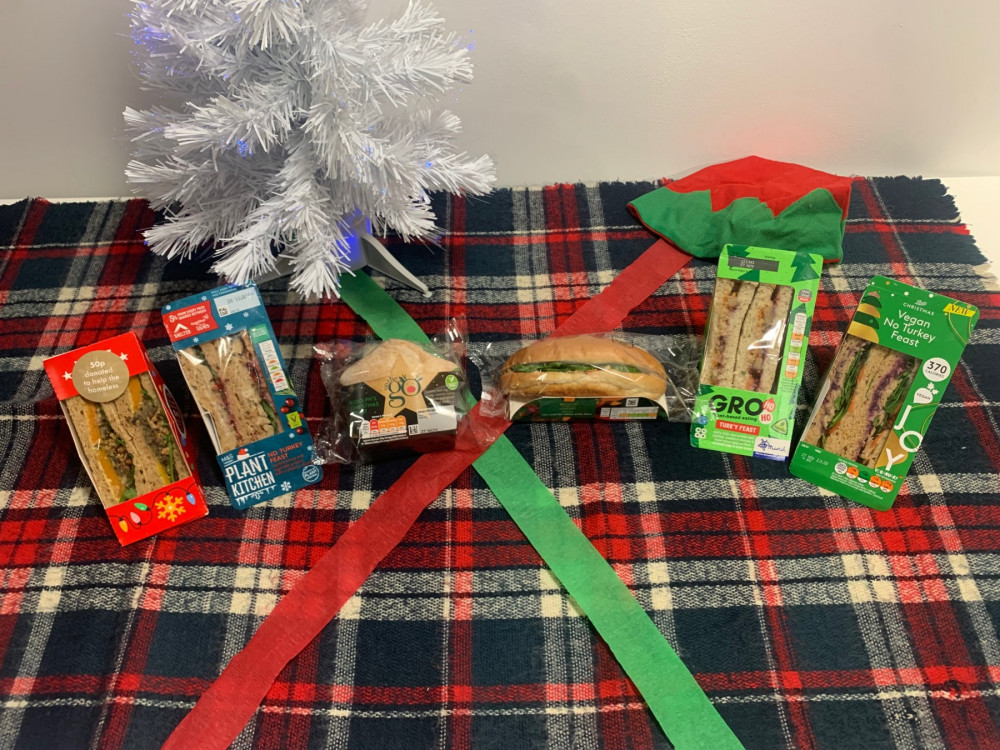 Not everyone was a fan of the mix of ingredients in this one and, for most of the panel, it just didn’t taste festive enough for a winning Christmas sandwich.

The filling tasted like prawn cocktail, which while nice enough, wasn’t the flavour most people wanted from their Christmas sandwich. The filling was also a bit thin and the bread roll itself, sadly, wasn’t that nice.

This one split the panel! Some thought it was nice while others weren’t so keen. Perfectly edible but nothing to write to Santa about.

There were hearty chunks of ‘turkey’ in this which gave it a good texture, but the cranberry sauce wasn’t as nice as some of the others.

Our panel liked this one a lot. It was very tasty with heaps of flavour. The root veg patty worked really well with the carrot and spices, plus it has an amazing star shaped bun!

And (drum roll) the winner of the 2021 Christmas plant-based sandwich Battle Royale is….

Boots with their Vegan No Turkey Feast!

Full of traditional festive flavour with a great texture and a winning combo of ingredients – tasty ‘turkey’ pieces, crisp salad and a delicious tangy cranberry relish. A worthy winner! 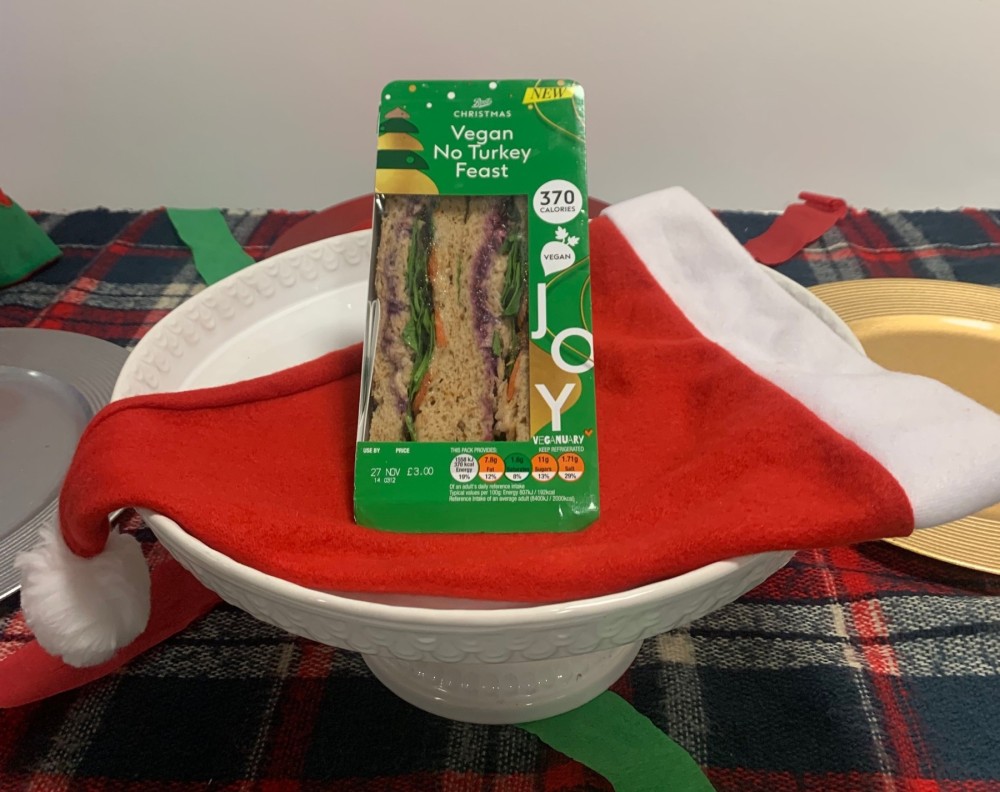 Have you tried any plant-based Christmas sandwiches yet? Which was your favourite? Let us know on our Say YES to LESS facebook group.