It's wonderful to see the rescued bears display natural behaviours once again as they hibernate for the winter, in the safety of the sanctuary.

When winter comes to Pakistan’s Punjab province, home to the beautiful Balkasar bear sanctuary, temperatures often plummet to 0°C and strong winds blow across the hills and mountains.

Thankfully, the 53 bears, cared for by our partner the Bioresource Research Centre (BRC), are not bothered by the freezing conditions at all. Most are tucked up in their dens and stay there,  hibernating from December until March. BRC zoologist Madeeha Manzoor describes  how the sanctuary prepares for hibernation. 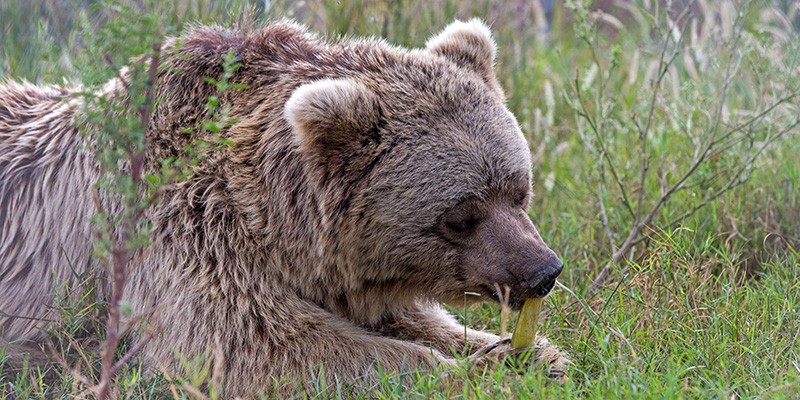 Image: Bhoori in the sanctuary, enjoying a treat.

“We always know when the bears are thinking about hibernation; they become even more interested in their food. And so, in the late summer we start feeding them six times a day instead of five,” says Madeeha.

The normal Balkasar bear diet includes fruit, vegetables, pulses, seeds, roti (tasty flatbread baked by the Balkasar chef) supplemented by treats of sugar cane and any seasonal fruit. But before hibernation the bears are also given dried fruit treats and bones stuffed with meat. This extra food, rich in  protein and fat, helps them lay down the fat stores vital in keeping them healthy through the winter.

“Hibernation is how some animals like bears survive winter when food is scarce in wild. They enter what resembles a long sleep for up to three months. Their heart and breathing rates slow down and they won’t usually eat, exercise  urinate or defecate. In captivity it is not normal for bears to hibernate, but bears at our sanctuary hibernate as if in the wild” says Madeeha.

She explains that the eating extra beforehand, helps brown bears like 18-year-old Bhoori develop a ‘hump’ of fat deposit at the top of their backs. These humps are key to successful hibernation. “Bhoori always gets a nice big hump and her fur gets very thick and fluffy” says Madeeha.

Bhoori has lived at Balkasar for nine years, after being rescued from an owner who used her for baiting and she has hibernated many times. 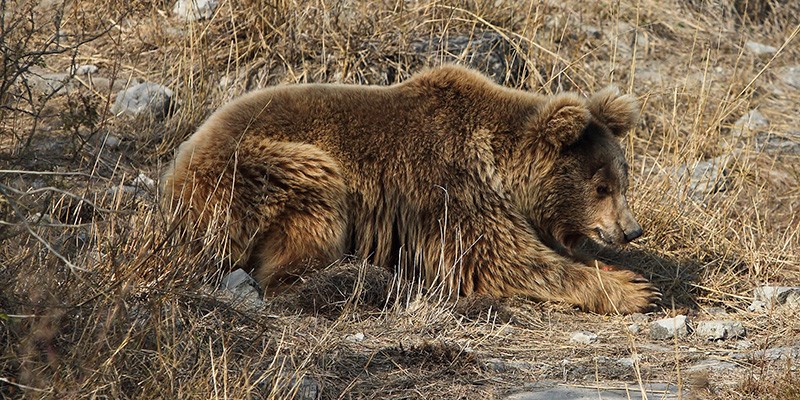 Image: Kainat in the sanctuary.

“We always get excited when a bear is clearly getting ready to hibernate for the first time. It shows a return to their wild instincts after the terrible cruelty and trauma they have endured from baiting and dancing. This year is a first hibernation for Kainat; she joined us as a very sick and traumatised bear in 2017 after being used for baiting for around five years."

"On average it takes about two years for our rescued bears to settle in and for their natural hibernation instincts to return", says Madeeha. She points out that all bears at Balkasar – both brown and black with the instinct to hibernate – make dens, but how they use them depends on the species.

“Brown bears dig burrows and live and sleep in them. They return to the same den every year and sometimes they share with other bears. But not Kainat. She is very possessive of everything – food, territory and play space – and is hibernating by herself.”

Madeeha says that Balkasar black bears like Maylu and Sohrab don’t hibernate like brown bears. They build dens – which they never share – but will come out and roam short distances around the sanctuary. “They are slower and less  active than usual, so we feed them less.” 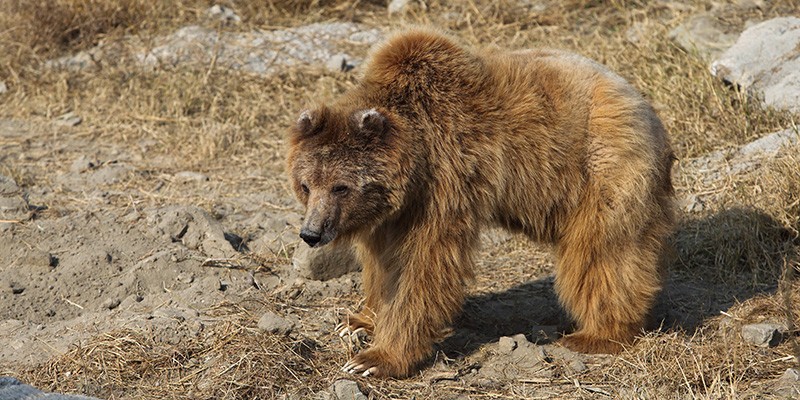 How to help abused bears

Thanks to your support, we are able to help Balkasar bear sanctuary care for these beautiful animals who have such a tragic past. They can now live peaceful lives, away from cruelty and violence, and even return to natural behaviours like hibernating. To help us maintain this essential refuge for abused bears, you can adopt a bear and receive regular updates on them. 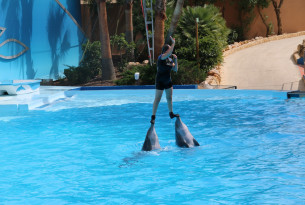 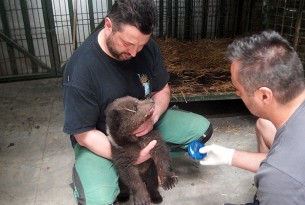