Business as usual is not an option for our food system

COVID-19 has highlighted the close links between animal welfare and human welfare. There are vital benefits to protecting animals beyond safeguarding their own lives.

Despite this, our food system continues to put farmed animals under pressure around the world, often subjecting them to a life of cruelty and suffering.

An estimated 50 billion meat chickens are grown in factory farms every single year – one of the most prolific examples of animal suffering ever witnessed. Genetically selected to hit slaughter weight in just a few weeks, and raised in barren, crowded sheds without natural light, this method of meat production is truly inhumane.

The stress that these animals endure is making them sick and they often require antibiotics to prevent them from dying. Globally, 75%  of all antibiotics are used in farming. This facilitates the development of superbugs, which can then pose major risks for our health. An estimated 700,000 people die annually from antibiotic-resistant superbug infections.

In the face of a global pandemic, business as usual is not an option for our food system. We need to shift to more humane farming methods, which give farmed animals the chance to live a life worth living. This is why we've worked closely with you to push companies to move away from the factory farming of chickens.

How are fast-food brands performing on chicken welfare?

In 2019 we launched the first 'The pecking order' – an assessment of eight of the world's largest fast-food brands on how they manage broiler welfare, selected for their size and popularity: Burger King, Domino's, KFC, McDonald's, Nando's, Pizza Hut, Starbucks and Subway.

Using only publicly available data, we assess the companies on three areas:

Our methodology is aligned with the well-known Better Chicken Commitment (BCC), which details a set of higher-welfare standards that hundreds of companies around the world have now signed up to. Based on their score, the companies are assigned tiers from 1 ('Leading') through to 6 ('Very poor').

The results are in

We have just launched the third version of 'The pecking order, and the 2021 results show that some of the biggest and most iconic food companies are starting to take chicken welfare seriously in parts of the world, yet others are doing little to improve the lives of the chickens. Here are the headlines:

European companies showing the most progress 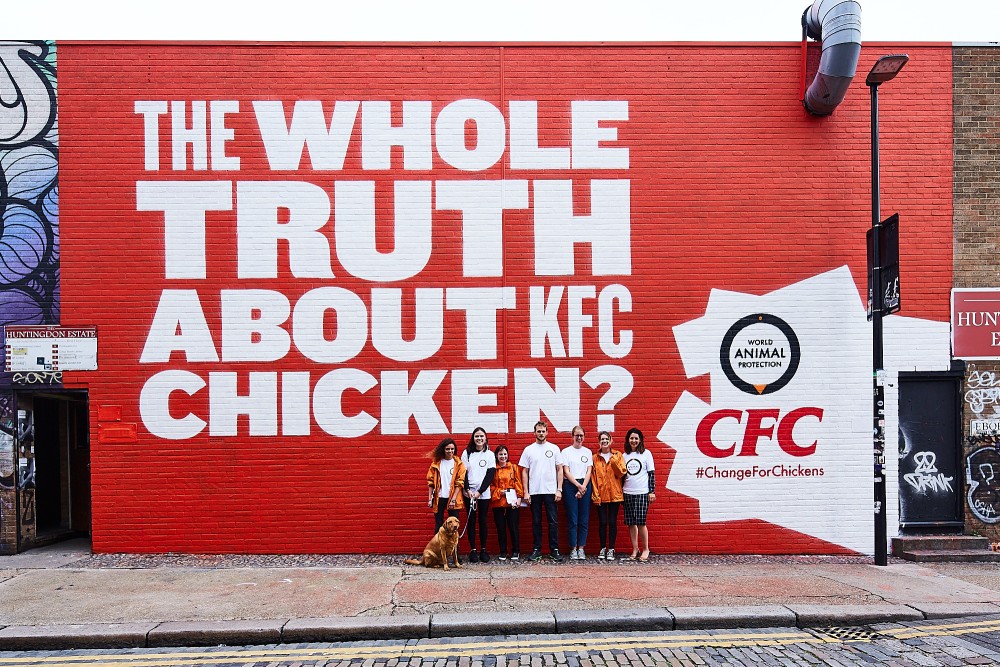 Reporting on the proportion of chickens that meet standards is limited

A powerful tool for change

Huge differences still exist in how companies are dealing with farmed animal welfare issues. This is not only between companies but also how a company is dealing with the issues from country to country.

Companies that don’t step up to improve animal welfare face significant risk. Consumer interest in animal welfare is growing in many countries, as are the range of available meat alternatives, such as plant-based proteins. Higher welfare chicken will likely become a requirement for many consumers. If it's not available, they may start to look elsewhere for their meal.

While we start to build back as the pandemic recedes, companies would be wise to ensure that animal welfare sits at the heart of their plans. We will continue to take your voice to the boardrooms of food companies around the world to ensure that this message is heard loud and clear.

View the results in full