Over the last 200 years the UK has introduced several pieces of ground-breaking animal welfare legislation.

In 1822 Richard Martin MP became the first parliamentarian to introduce legislation to prevent the cruel treatment of animals. The Cruel Treatment of Cattle Act 1822 (also known as Martin’s Act) made it an offence to cruelly beat, abuse, or ill-treat any Horse, Mare, Gelding, Mule, Ass, Ox, Cow, Heifer, Steer, Sheep, or other Cattle. This landmark piece of legislation paved the way for other laws with animal welfare at its core and set the UK on the path to being a world leader in animal welfare.

Over the last 200 years the UK has seen the introduction of ground-breaking legislation such as banning fur production, introducing CCTV in slaughterhouses, and banning wild animals in travelling circuses. More recently, the government’s Animal Welfare Action Plan has promised further significant steps forward, with the recent Animal Sentience Act 2022 at its heart.

Although this agenda has faltered in recent months, we are delighted that Henry Smith MP has put forward a Bill to ban the import of hunting trophies into the UK.

Despite this, more needs to be done to end animal cruelty and suffering. There is a deepening crisis facing animals around the world, which endangers the future health of animals, people and the planet; farm animals are being reared, transported and slaughtered in horrendous conditions in an industrialised global food system and wild animals and their habitats are treated as commodities and ruthlessly exploited.

All animals deserve to live good lives, which is why World Animal Protection will take on the global systems that fuel animal abuse. This is the only way to end the root causes of their suffering.

Putting an end to factory farming

Factory farming condemns animals to miserable lives in cramped and dirty conditions, many suffering from bone fractures, skin sores, and mutilation of their teeth and tails without pain relief. It is a driver of climate change, pollution, antibiotic resistance and habitat destruction – therefore we are calling on the government to take urgent steps to address the harmful impact of factory farming and bring it to an end.

Government must ban the use of preventative anti-biotics used to stop farmed animals becoming sick because of the cruel farming conditions characteristic of factory farming. The welfare of animals is closely linked to our own health. The unnecessary overuse of anti-biotics creates anti-biotic resistance making them less effective fighting against human and animal illness. This is the first step towards ending factory farming as farmers will respond by eliminating the low welfare that make animals sick.

Change to our farming systems is also desperately needed to stop climate change. The need to intensively rear poor-quality cheap meat to meet consumer demand is leading to mass deforestation and is a direct contributor to climate change. We need urgent leadership from government to halt the expansion of factory farming and move towards a sustainable food system.

The UK market helps prop up the commercial exploitation of wildlife in the global tourism industry in two important respects; by allowing the domestic sale and advertising of cruel animal experiences abroad to UK consumers; and by allowing the import of hunting ‘trophies’ slaughtered by British tourists.

Government must bring in bans to stop cruel experiences abroad being sold here, as promised in the Animal Welfare Action Plan but later dropped. Methods used to train elephants for use in tourism include premature separation from their mothers, restraint, isolation, and beatings to break their spirits. Similarly, the 3,000 captive dolphins worldwide suffer miserable lives, kept in tanks average 200,000 times smaller than their normal swimming range in the wild.

Government must also ensure that Henry Smith’s Private Member’s Bill to ban the import of hunting trophies into the UK is enacted. Over the past decade, an estimated 1.7 million animals – many of them at risk of extinction – have been shot and killed by trophy hunters. The UK must show global leadership to ban trophy imports to prevent the cruelty and suffering that inflicted upon them.

A future without animal suffering

We seek to create a world where animals live free from cruelty and suffering. Like Richard Martin MP and Henry Smith MP, we will continue to stand up for animals and their right to a good life. In the wake of COVID-19 the world is waking up to a fundamental truth – the more we abuse animals, the more we put our own lives at risk.

World Animal Protection’s work would not be possible without our supporters. Together, we will change the way the world works, to end animal cruelty and suffering. Forever. 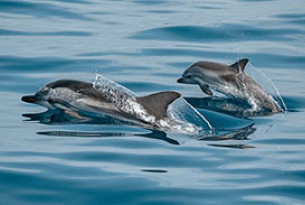 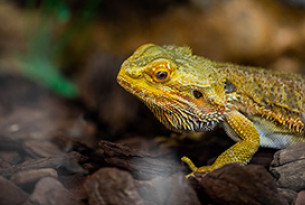