Success! The Animal Sentience Bill has now progressed to committee stage and is one step closer to becoming law | World Animal Protection Skip to main content

Success! The Animal Sentience Bill has now progressed to committee stage and is one step closer to becoming law

The Animal Sentience Bill ensures animals are recognised as sentient beings, with no loss of legal protections following the UK's departure from the EU.

Purpose of the Animal Sentience Bill

The Bill requires Ministers to consider animal welfare needs when making and implementing policies and establishes an Animal Sentience Committee (ASC) to scrutinise all policies that may impact the welfare of animals.

As World Animal Protection seeks to overturn the entrenched global systems that cause so much suffering and anguish to animals, the Animal Sentience Bill is a key step in changing attitudes and mindsets so that animals are no longer considered as mere commodities. The Bill is vital to achieving lasting changes for wildlife and farmed animals – it will embed consideration of the interest of animals in policy-making for the first time.

MPs speak up for animal welfare in parliament

On 18th January the second reading of the Animal Sentience Bill took place.

It was great to hear that so many supporters contacted their MPs about this pressing issue and asked them to attend the reading and support the Bill.

Jim McMahon (Lab/Co-op) shared Caroline’s concerns and called for the wording of the current draft Bill to be changed to ensure that the Animal Sentience Committee be allowed to recommend positive steps to ministers to enhance animal welfare.

Deidre Brock (SNP) also spoke at the debate and confirmed that the Scottish National Party broadly welcomes the legislation, however they believe areas of the bill must be strengthened, notably in respect of animal cosmetics and scientific procedures. Deidre called on the UK to follow the EU’s lead and phase out of the use of animals in research, regulatory testing and education.

Many MPs spoke of constituents who had contacted them about the Bill and asked them to attend the second reading. A big thank you to all of our supporters and please follow our blog for updates on how you can continue to support the Bill.

Together we can ensure that the sentience of animals, so apparent to all of us who cherish them, is recognised in law. 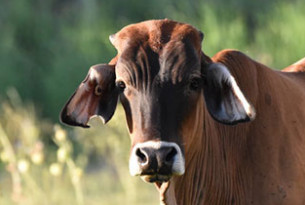