10 reasons why we need a Change For Chickens

Shocking facts about chicken farming and why we need to change the industry now.

1. There are more chickens in the world than any other bird, but unlike other birds which have freedom, most chickens are kept in overcrowded sheds. Here they’re packed in with tens of thousands of other chickens, and suffer a staggeringly short life 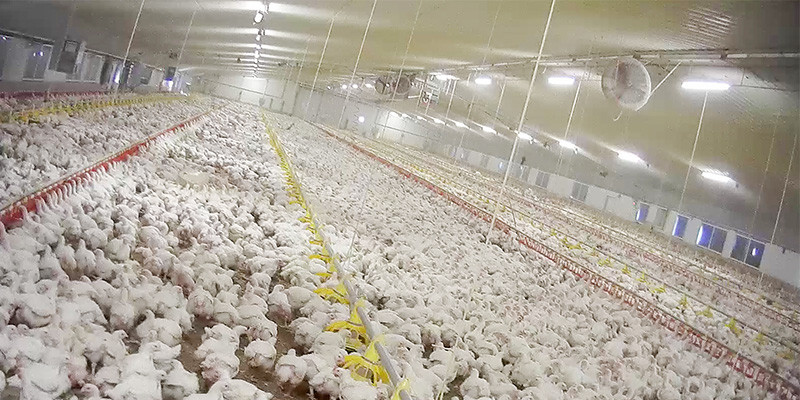 2. Meat chickens bred in factory farms are slaughtered after six weeks, however, in higher welfare farming conditions, chickens are likely to be slaughtered at an older age. 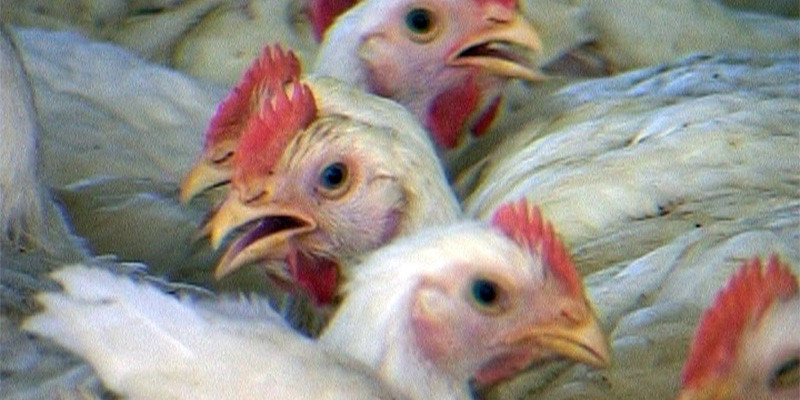 3. Two thousand meat chickens are slaughtered every second around the world – and out of a staggering 60 billion farmed every year, 40 billion of these are factory grown 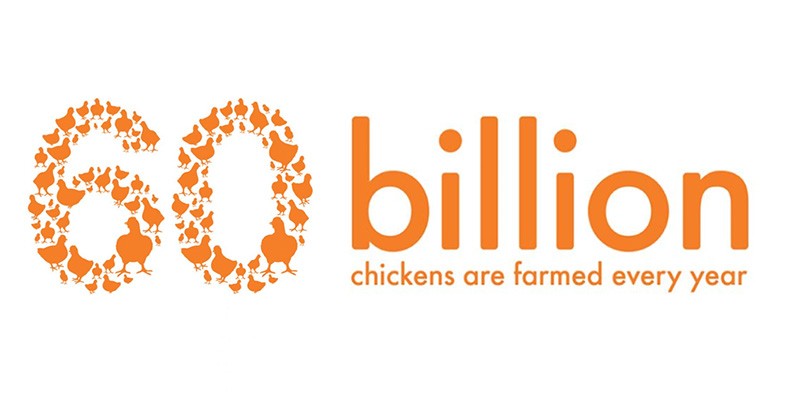 4. Globally, 70% of meat chickens are raised in intensive factory farming systems and will have more space in the oven than when they were alive. 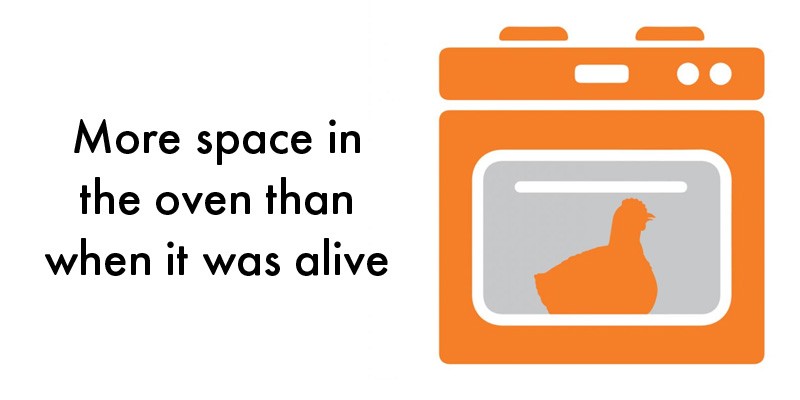 5. Chickens form complex social groups and communicate using over 30 types of calls - a life in factory farming, where they are unable to display many natural behaviours, is no life for them. 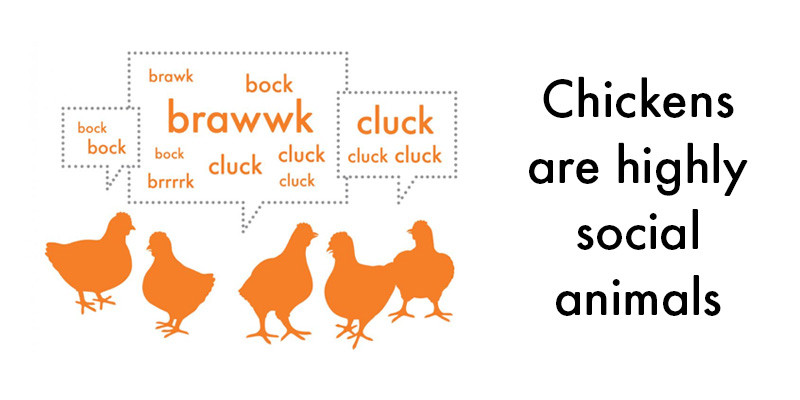 6. Living naturally, chickens could do the things they enjoy, for example foraging for food or dust-bathing. But the majority living in factory farms don’t even have enough room to fully stretch their wings 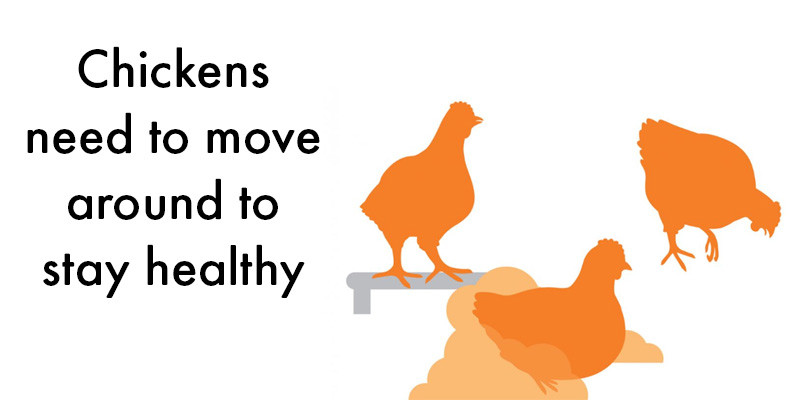 7. The average number of chickens farmed for meat is increasing, with those slaughtered per week in the UK rising to just over 19 million in 2016 compared to 17 million in 2012 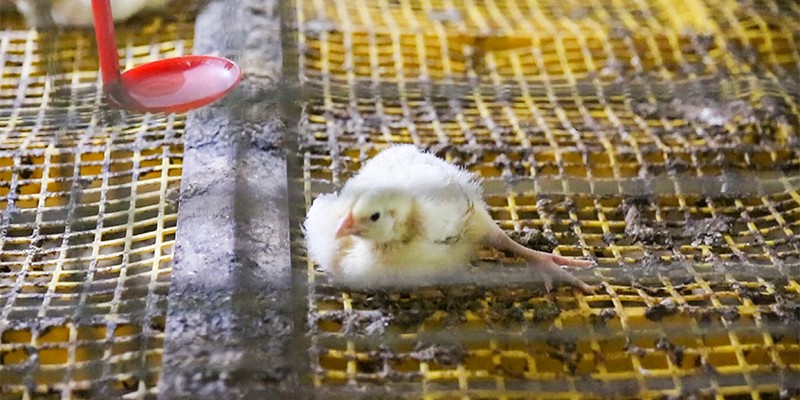 8. Most meat chickens lead a miserable life in an intensive factory environment exacerbated by fast growth rates leading to health problems such as weak bones, leg injuries and breathing difficulties 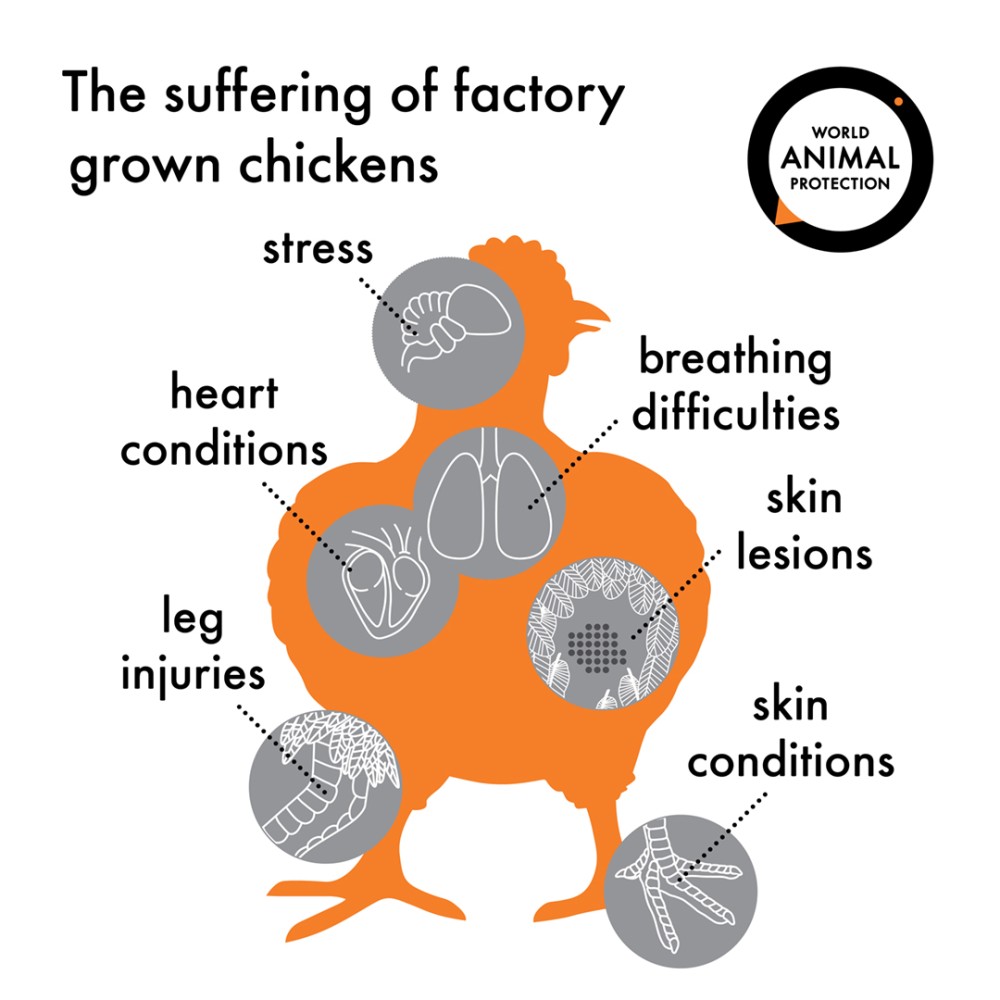 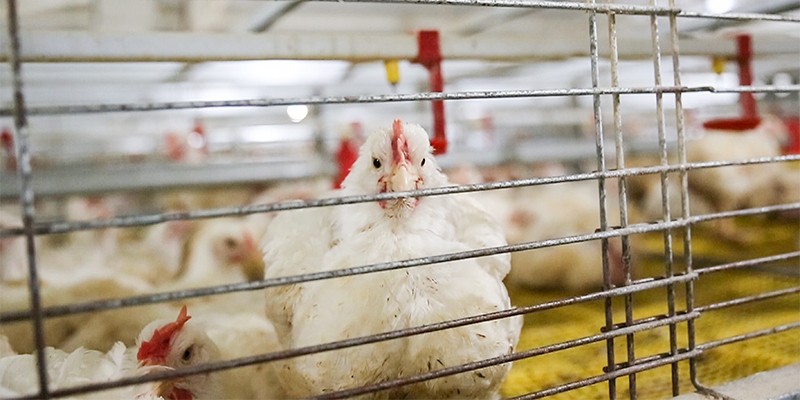 10. Nearly 900 million chickens are produced each year in the UK 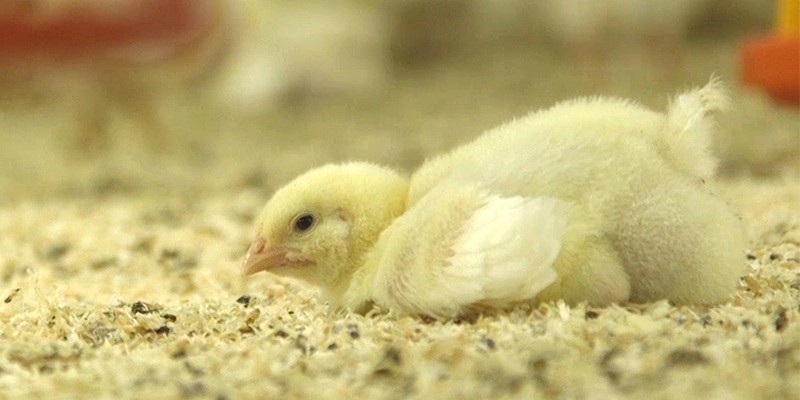 We need to demand a change to make sure their suffering does not continue. 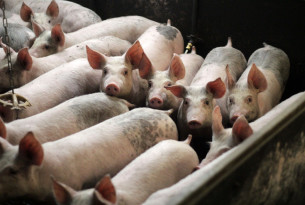 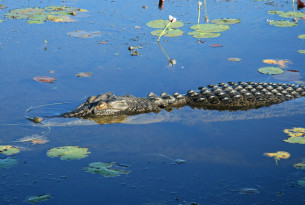